Armed with Molotov cocktails, we attacked and burned some vehicles from the German army (Bundeswehr) in Soltau last night. The trucks were parked on a NATO-wire-secured site in the Soltau industrial area, Carl-Benz-Strasse. We acted in solidarity with the fighting revolutionaries in Efrin.

In solidarity with the Kurds fighting in Afrin, last night we broke the windows of the Commerzbank branch at Tierpark in Lichtenburg with rocks. In addition a message was painted on the facade (the bank removed it).

The Commerzbank finances, among other things, the production of the Leopard 2 tank and other weapons with which the Turkish army massacres the Kurdish movement. And so, the terror against one of the strongest feminist struggles of our time is explicity supported. The responsibility of the Lichtenberg branch can not be dismissed. There is no quiet hinterland for the profiteers.

Every say is a day of women’s struggle – solidarity with women in resistance. Bring the war to the streets of Europe.

In the night of the 12th to the 13th, people put a car of the Thyssen Krupp company on fire. 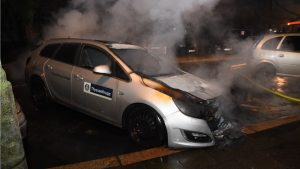 On the night of 12.03.2018, some solidarity activist with Afrin’s resistance, burned the warplane in front of the Turin-based factory of Leonardo-Finmecanica.
Leonardo is the Italian company with more economic interests in the military defense system, collaborating with the Erdogan militias in the development of surveillance systems for the coasts and maritime borders, armaments, helicopters and radar systems. Italy plays a leading role in the massacre that is taking place in Afrin.

An arson attack on the Turkish DITIB club “Ülkü Ocagi”. A set of incendiary devices was thrown against the facade, and another set of fire struck the window of a black Mercedes parked in front of the front door. 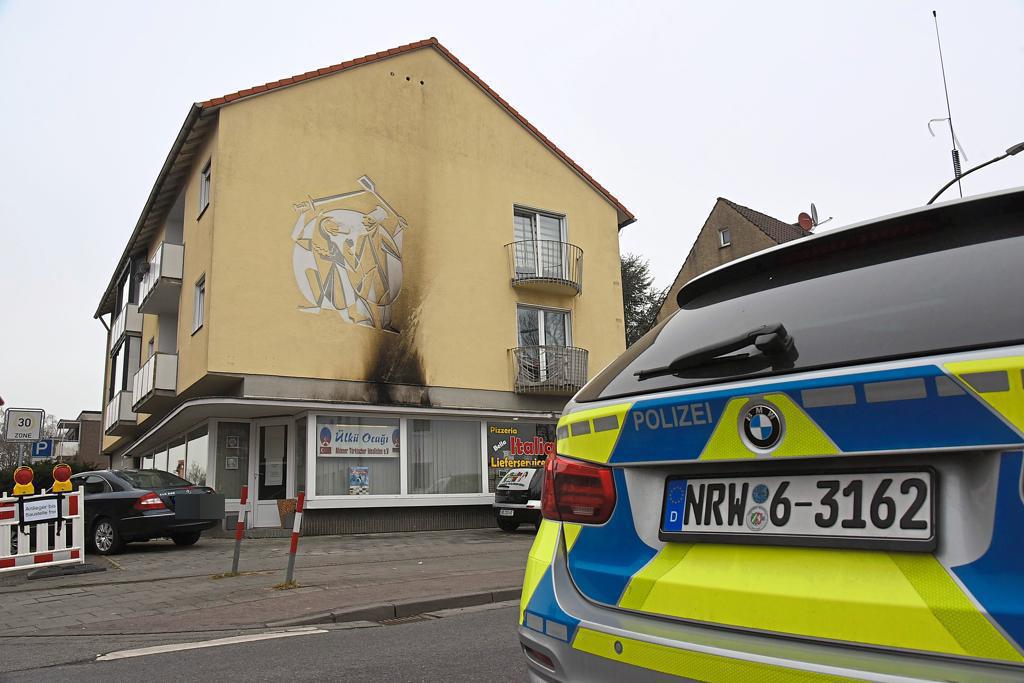 Factory of Rheinmetall subsidiary ‘Pierburg GmbH’ in Berlin Wedding in the Night of 11.03.2018 attacked. Factory in the Siemensstrasse 2 with numerous green-red-yellow paint bottles pelted and marked.

Explanation: ‘With every day of the war in Afrin our hatred for the Mendacity of the German state. Without the German support there is no fascism in Turkey. If the German state this If support does not stop, our resistance will continue.
The German defense industry is a natural and legitimate one Target. Biji berxwedana Afrinê! ‘

In the morning, activities blocked the entrance of the fabric:

Attack Against a Commerzbank Branch in Solidarity with the Afrin Resistance 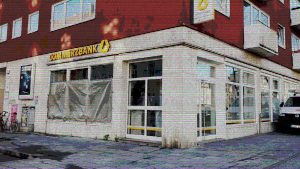 To break this silence we attacked the Commerzbank branch on Hamburger Strasse. We smashed their windows and left painted slogans. The Commerzbank profit from their investments in defense companies, such as Kraus-Maffei Wegmann (KMW), and from the war in Afrin. The Leopard 2 tank was produced by KMW along with many other German companies. Now the Leopard 2 is used against the Rojava project to quell the Revolution.

Lets take action in the heart of imperialism to give wars worlwide a respite.

Long live the resistance of Afrin. 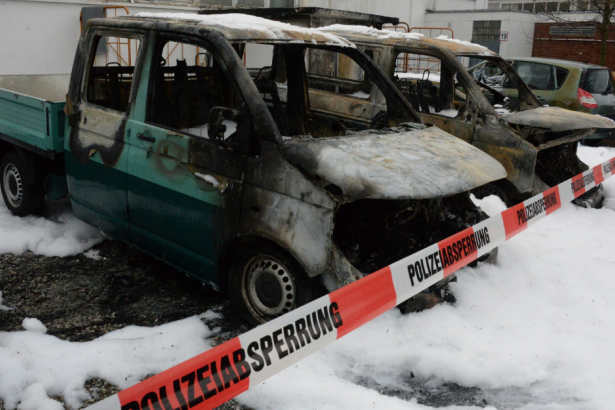 Early in the morning on 12.03 we placed incendiaries under the vehicles at the side of the company builing and disappeared unrecognized into the darkness of the night. Three vehicles were burned out completely, others were badly damaged by the fire. We noticed with regret that the fire we started was not enough to take out the company’s warehouse. Nevertheless, we were pleased to read that it caused about 75000 euros in property damage.

We join the #Fight4Afrin militant campaign called for by the autonomous groups and greet all the comrades and friends who have used the past nights to vent their hatred and anger against the massacres of the fascist Turkish State and its accomplices and make an irreconcilable expression.

END_OF_DOCUMENT_TOKEN_TO_BE_REPLACED 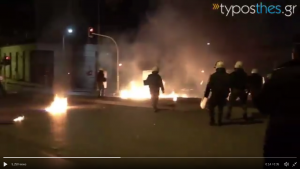